Buckwild Innovations Hay Ring Cover (I have the 9 Ring)

My beloved horses, for as spoiled as they are, would typically spoil at least two round bales annually during heavy rainfall as they would not eat it and let it go bad. Multiple brainstorming projects arose due to them wasting several round bales a year, including keeping a tarp over the top to building a roof structure to purchasing a hay hut. The tarp wasn't ideal as it sat directly on top of the bale (when it wasn't blown off by the wind to a side of the bale). Building a permanent structure to set up a roof also wasn't ideal with my current system of putting the round bale out with the tractor, requiring me to drive over the platform with the tractor. Plus rising lumber prices wasn't ideal either.

And while I was looking at Hay Huts, I wasn't crazy about them for their limited visibility to the horses who are eating. I was worried that a more dominant horse would show up in a blind spot and there would be injuries when the less dominant horse either blatantly wouldn't see them and potentially get bit or kicked, as well as most likely bang their head against the feeder opening while trying to jump away. Not to mention that if the round bale is laid on its side as I usually do, then only two of the four feeder windows would realistically be accessible. While they don't look like bad products, I didn't really want one if there were better options. I also really liked my hay ring, which a hay hut would make it obsolete.

I finally hit a breakthrough in my investigation when I found the Buckwild Innovation hay ring covers which looked perfect to suit my needs. Not only would I be able to continue using my hay ring, but the ring cover would also allow for more visibility to my horses while still protecting the round bale from significant amounts of rain or snow. On top of that, the ring cover has a thick rubber top that does move if a horse were to lift its head, meaning that as long as they miss the metal supports holding it up, they have a far less risk of banging their heads against the cover. And as a bonus point, the hay ring cover can stay on the hay ring once installed, meaning that I can flip the entire hay ring over on its side and roll it without needing to take off the cover. I was sold on the promises and I am pleased to say that I have been a very happy customer so far (I wish these were more available and marketed like the Hay Huts have been).

Also note financially that while the ring cover did cost a pretty penny of approximately $500 with shipping involved (and note that I have the 9 Ring versus the 6 Ring), even with my already-purchased hay ring (approximately $200-$250), the total is still cheaper than a single Hay Hut at approximately $1,000.

As for the installation, I definitely recommend having a second hand to help (although it is do-able by one person). From my experience, the most difficult part of the installation is the actual rubber roof, as I truly benefited from having a second pair of hands help me get it all of the way on and secured with the center bolt. You will also need a drill with a drill bit for bolting the cover to each of the support beams (although that part was not difficult at all). With my helper, it took me approximately 20-25 minutes to install as a first-time tool, reviewing all of the parts and figuring out how they worked together. If I had to install another one, it would go much quicker now that I understand how it installs. 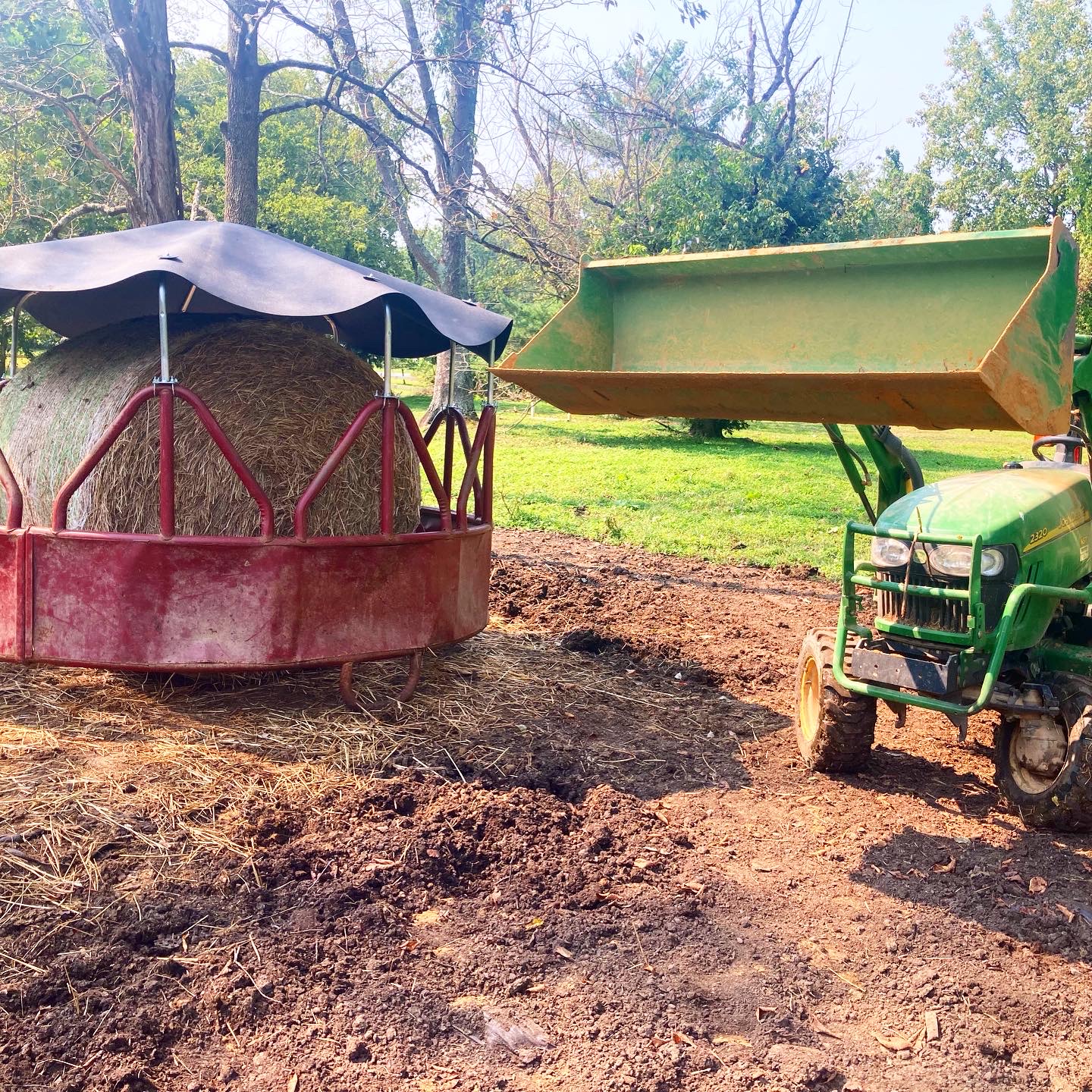 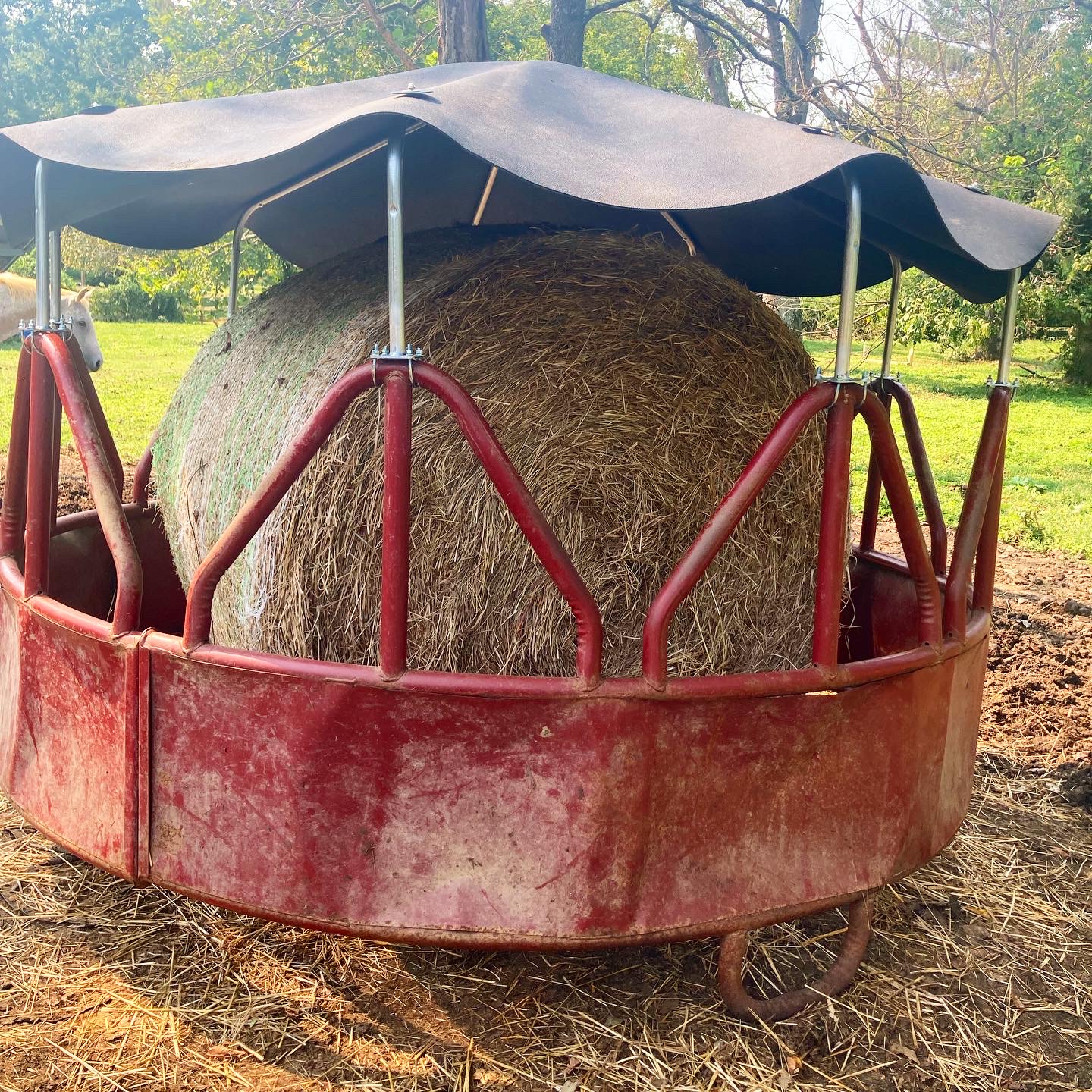