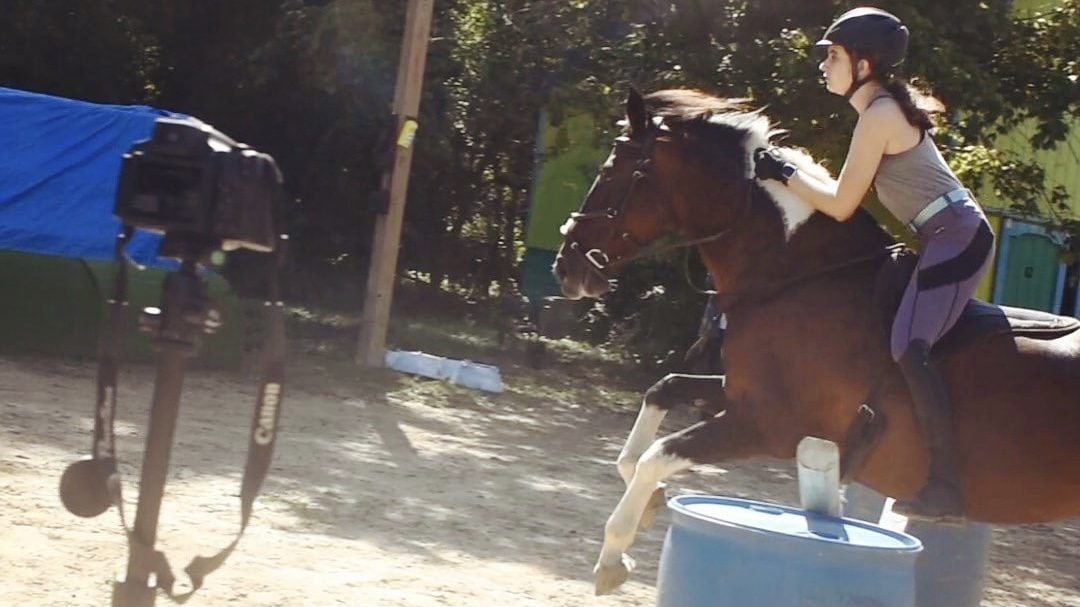 Video recording is a major training tool that I've used for years, allowing me to analyze and reflect on my understanding of how a training session progressed. Video has allowed me to solve many problems, from catching bad equitation habits to seeing when things right or wrong for the horse and rider. I've collected a ton of videos over the years, to the point that I have multiple SD memory cards so that I never run out of space while videoing, as well as multiple external hard drives so that I can move but still keep older video files that I don't review or use but still may have need for.

With regards to equipping yourself with the proper tools to effictively video your training sessions, keep in mind also working with other people in training them if they're willing on how to effectively record video for you to later use. And if you're like me, after reviewing the video from a post-session educational perspective, you can also use the montage of videos over time to create fun collab videos to savor fond memories to look back on.

While I have many things to critique that could make this little device way more awesome, it is still a bang for its buck. I have had the SOLOSHOT3 for over 4 years now and I still fight with it. It takes me at least 15-20 minutes to set it up when I do it correctly (oh which strict order is needed I still haven’t figured out), is not very user friendly, has recently been having technical issues and while customer support is extremely responsive, they want $200 just to look at it for damage inspection (not counting shipping and any fixes for a $1K camera) - a little insulting but if my continuing tests deem it damaged I probably will still bite the billet and take them up on it because when it does work it works great (especially for cross country and field riding). However for a camera made by surfers I can’t seem to get it to work at the beach, so there’s something to be said there.

PIVO solved almost all of the daily issues that I would have when dealing with SOLOSHOT3. It’s super easy to set up (maybe two minutes if you go slow). I’m not a fan of my phone needing to be part of the equation as that is easily the weak link as anything that uses the camera drains the battery quickly, the PIVO Pod outlasting my phone by hours. I can also record much closer up inside of an arena whereas SOLOSHOT3 can’t handle that type of setup. I LOVE the remote control as well as the flashing on my phone indicating recordings starting and stopping. As for the phone mount, that’s a love hate relationship. The default mount allows for narrowing for slimmer devices but isn’t big enough to fit my phone without taking off my Otterbox case (which I am not willing to do as I’m at a barn). Now the extra phone mount that comes with it works perfectly for that and I do love it. However, the default mount has to be put back on every time in order to properly store it back into the protective case which is really annoying (that or leave it out of the case and risk losing it). I also wish there was some type of elastic band or pocket on the top or side of the case that the extra action phone mount can use to keep everything in one place as I worry about losing it.

As for the app (and a testing question on general marketing which may be tested in the future), you have a Silver and Red pod which claims the major difference between the two is that the Silver can handle horse tracking. However, there is only one application, and it has the horse tracking option…. Now without purchasing the Red pod to compare if there’s really any difference other than adding a horse label allowing you to up the price, I only have the assumption that the Silver Pod’s hardware makeup allows it to respond faster and better keep up with a faster moving object. Again, would need to be tested but there’s no difference in the PIVO application from what I can tell…. Could be something I don’t see, like the Bluetooth connection to the phone app dictating which pod you have and therefore which app version to use. Just saying…

As for tracking, I have been pleasantly surprised by how good it is. Of course when you’re on a race against the sunset the app struggles to keep up, but for recording in the bright sunshine or lit area it is a fantastic tool with tracking and zooming in and out. I will say that this is not a tool for group lessons nor multiple horses in an arena and area, as it will confuse the machine learning algorithms of which horse to track (which I have had happen several times where it started to track my horses in the field rather than me). Also occasionally I passed too close and fast to it and it wasn’t able to keep up and therefore gave up until I passed again (something I had already seen in other reviews). I also have a small arena so I’m not sure how this would do in a field or larger arena area. Also, when I stop moving whether to dismount or am checking tack or whatever, it seems to lose tracking there as well (minor inconvenience- just an algorithm update needed).

The action mount attachment also appears to have a hookup for a GoPro mount, although it looks like I do not have the appropriate GoPro base to attach mine. However with that, the GoPro would have to be recording separately and would not be able to zoom but would be additional footage. The phone does track while not necessarily having to record if that’s a preference.

Also, when the phone battery does drain and the Low Battery pop up shows on the screen it blocks the app and automatically stops recording and tracking, typically something you don’t notice until after you take another walk break.

For this product to be better, it would really be two main things: the first and most important would be having some type of sensor or armband tracker (even if paired with the phone tracking in initial development to help make sure it continues to focus on the correct target and not get distracted by other objects). The second would be a way to put more of the functionality in the pod than the app (which would involve a tracker), but would either provide their own little camera version that has zooming capabilities (could be purchased separately), or have some type of hardwire attachment that is compatible with certain cameras like GoPro or bigger like Sony (and would be able to support the weight).

However these are critiques from a training aid review. As a product designed for the stereotypical ‘influencer’ posting on TikTok or YouTube or IG or whatever, this is hands down a perfect tool to have. And again, as a training tool as an equestrian this is a fantastic tool as is and with more room to conquer the 7 kingdoms of the realm

I also had some fun recording myself in the body tracking mode in order to record my dog doing some agility training. Definitely a handy tool that I’m glad I found and tried out! Will be using more frequently since it’s so much easier to set up than SOLOSHOT3, although the biggest downside is it using my phone since I typically have it on me tracking my ride through EquiLab. Best of both worlds would be ability to do both. But keep up the good work!

The SOLOSHOT3 camera is a solid camera, although the user interface can sometimes be a little difficult and frustrating to work with (mainly when it takes 20 minutes or so of trying to get the camera connected with the tag for things not to work). However, I firmly believe that when you do get it to work, it works pretty great (and I have good results from some videod rides). However, I will say that the SOLOSHOT3 is not designed for up-close video recording and would not do well in a small arena or indoor arena. I do appreciate the tag that it tracks, although occasionally when it doesn't turn fast enough it can lose you temporarily. However, when setting this camera far enough out for an outdoor-arena or field ride, as well as for recording cross-country courses, this camera does a solid job and I am extremely happy with the results.

I do typically only get one solid ride out of the camera, or two shorter rides if I turn the camera off in between. The battery lasts from 2-3 hours when fully charged, but it will take a whole night (or at least what it seems) for it to recharge to be used next. Again, when I use it more often I tend to have better results of getting the camera set up quicker and having good video results versus when I use it every once in a while. Although make sure to purchase a protective case (mine is a 3rd-party case) as the camera is expensive and it is not one that you want to accidently damage.

While there are various action cameras on the market today, I am still personally a fan of GoPro products. I've heard of some of the cheaper versions being quality products that people are happy with, but I do know that I've never been disappointed by my GoPro results. Not only do GoPro cameras have water-resistant usability, but they also allow me to position them around the arena or on the rider or horse for awesome video shots custom to the exercise. I definitely recommend action cameras, particularly for reviewing jump courses such as stadium jumping and cross-country. If you angle the camera just right, you can practically re-ride in your post-review while watching the video and see where issues and solutions came up, as well as how you might have done things differently. Awesome tool!

Regardless of brand-specific tools and accessories that may be recommended, there are definitely basic pieces of equipment that every videographer should have on hand or look into. 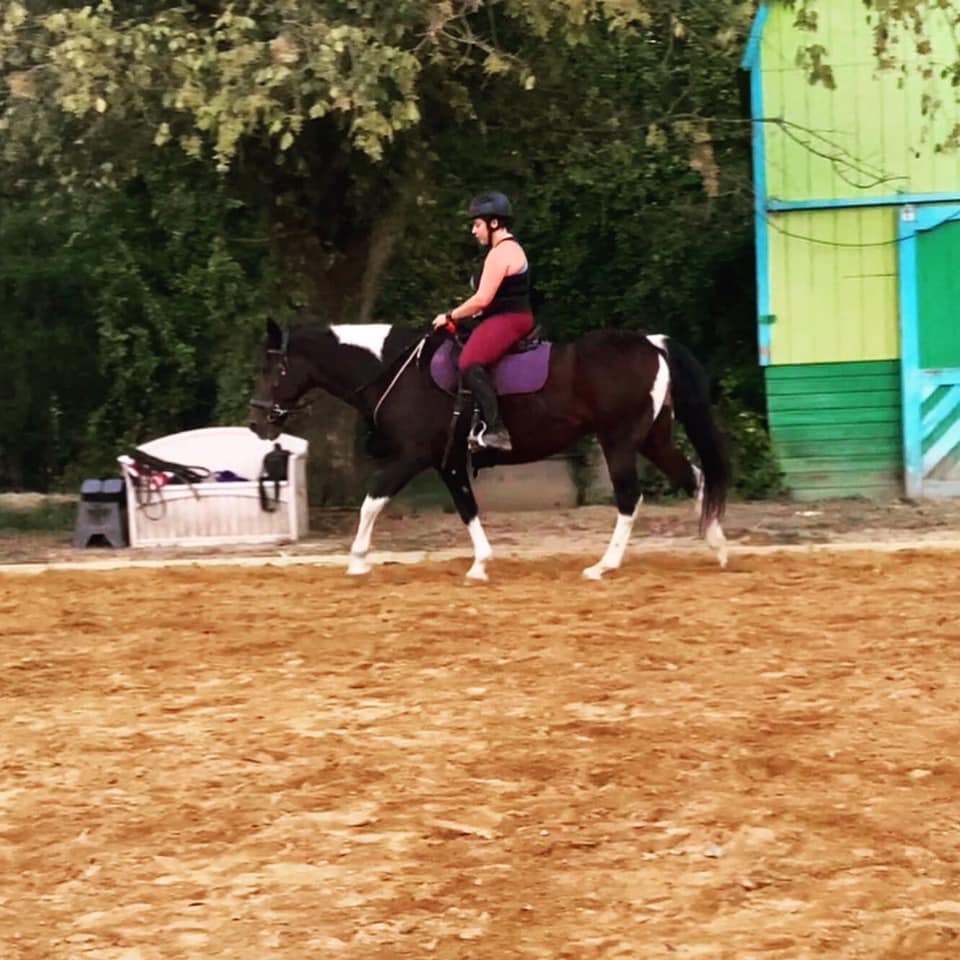 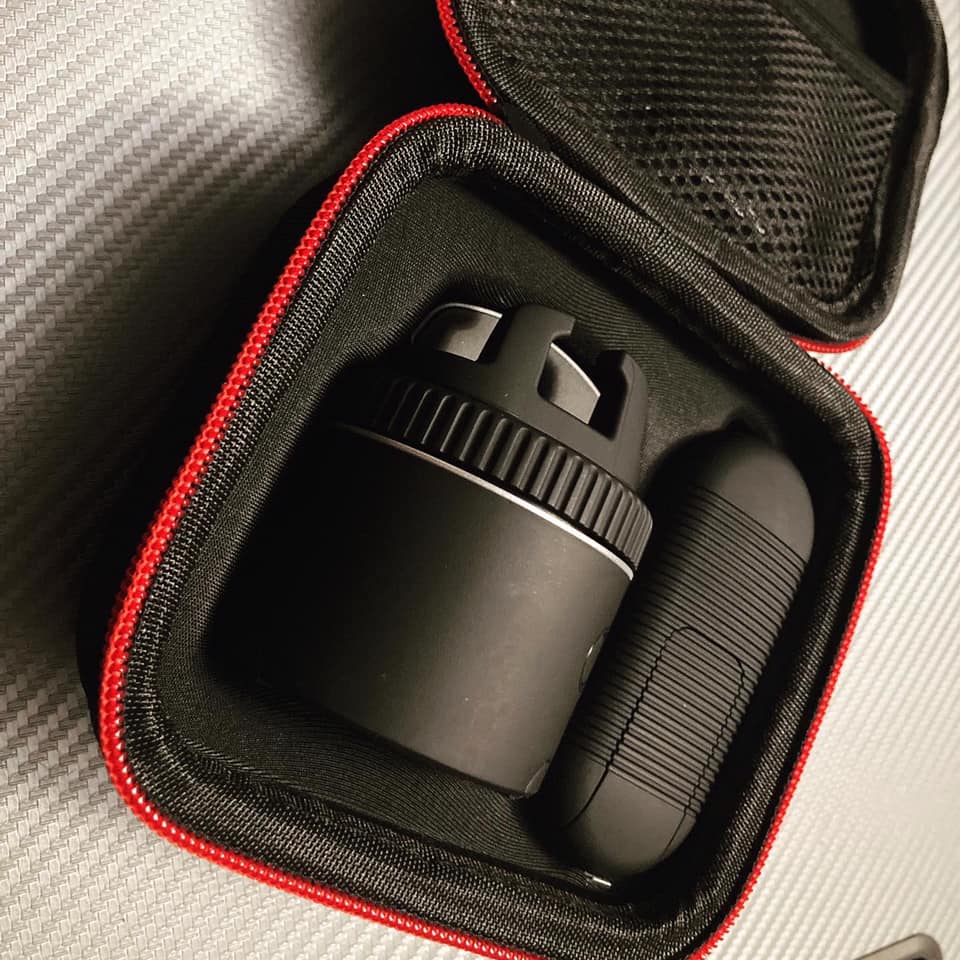 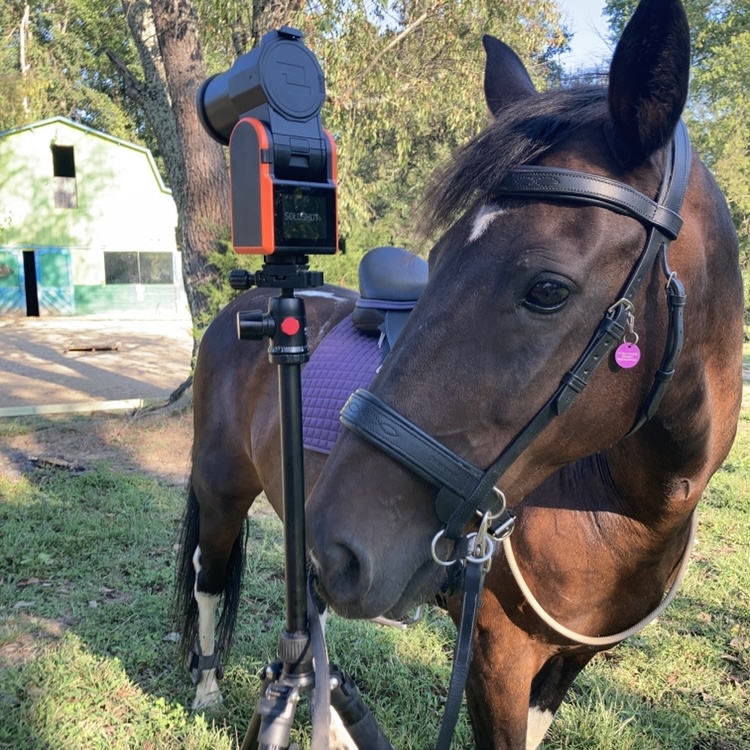 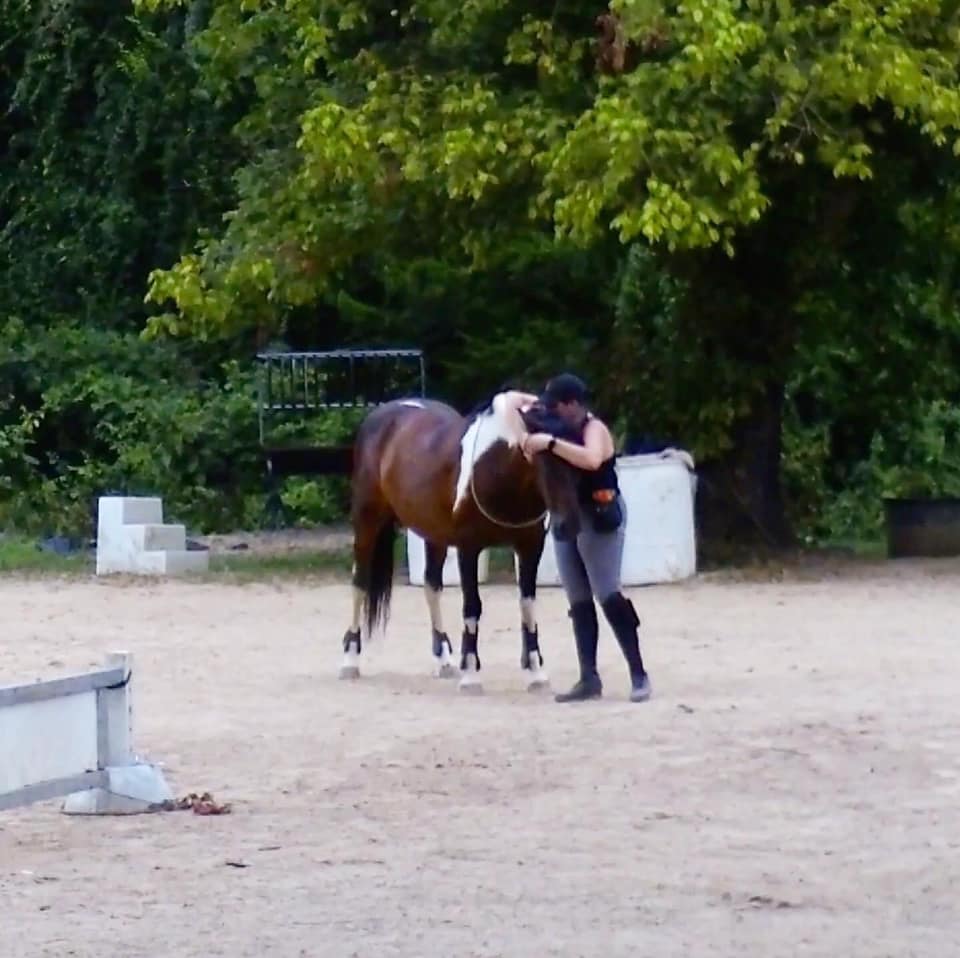 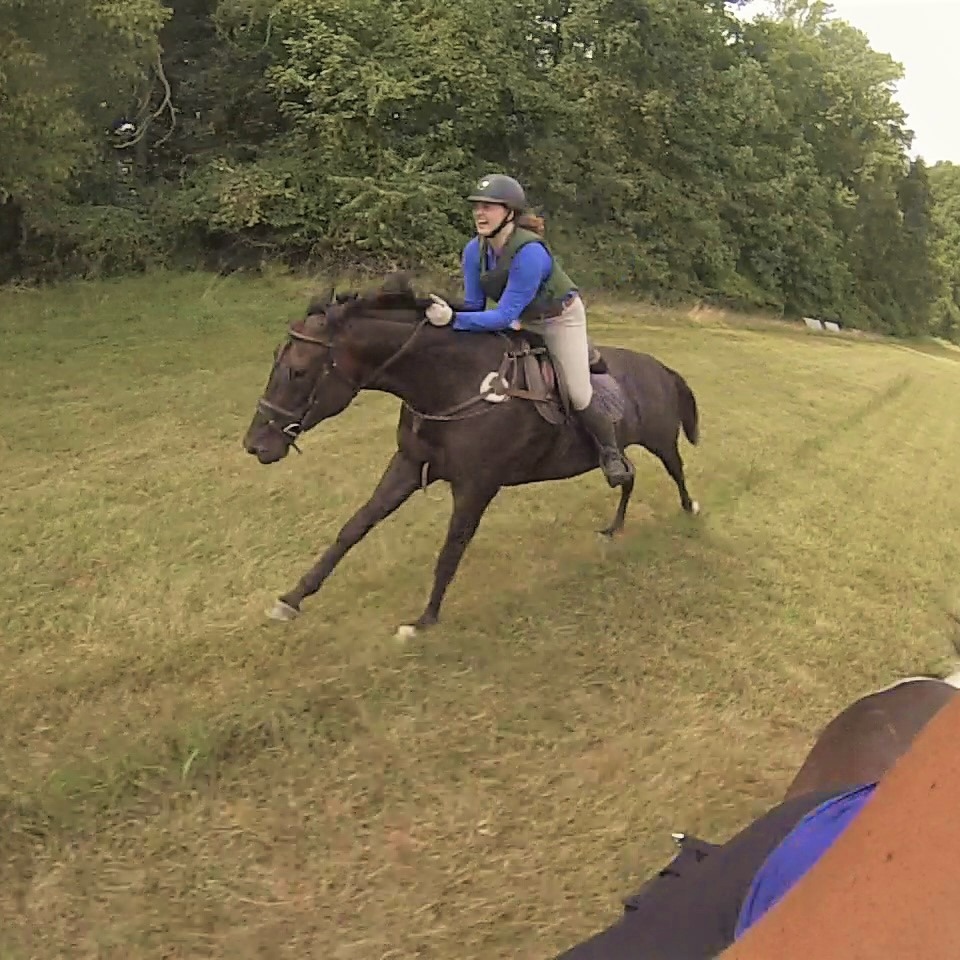 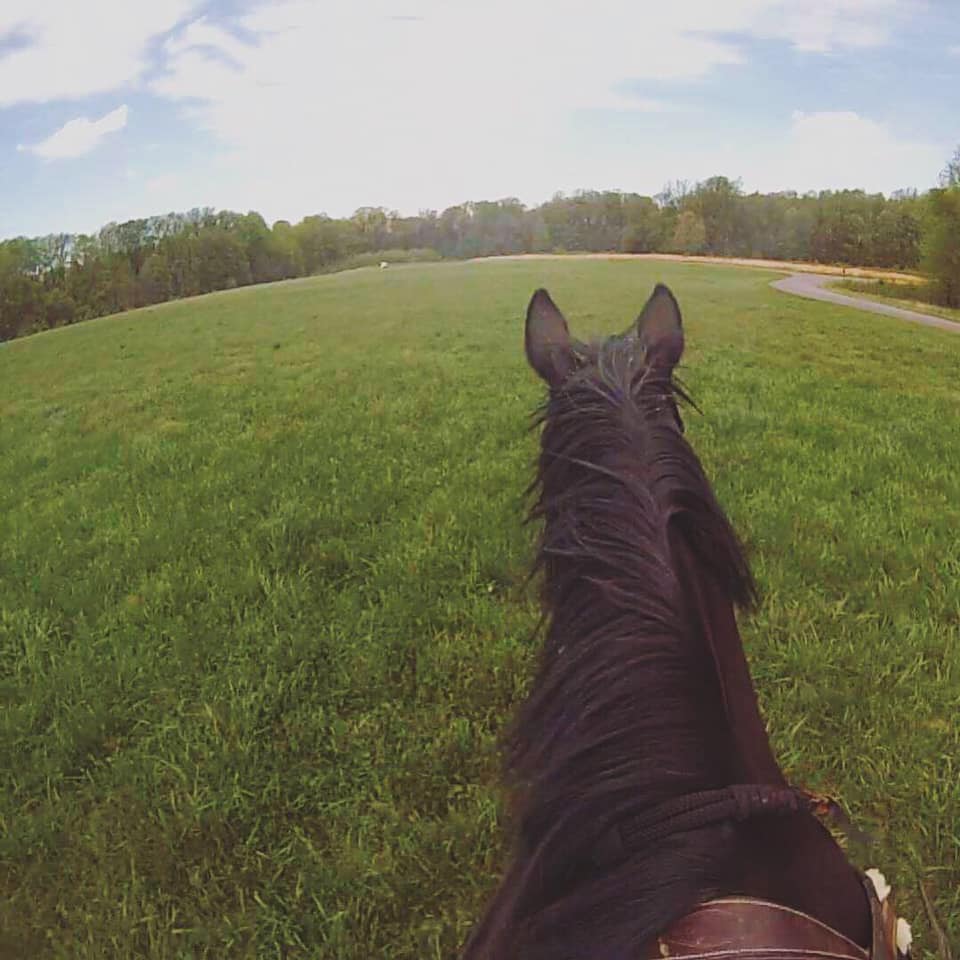 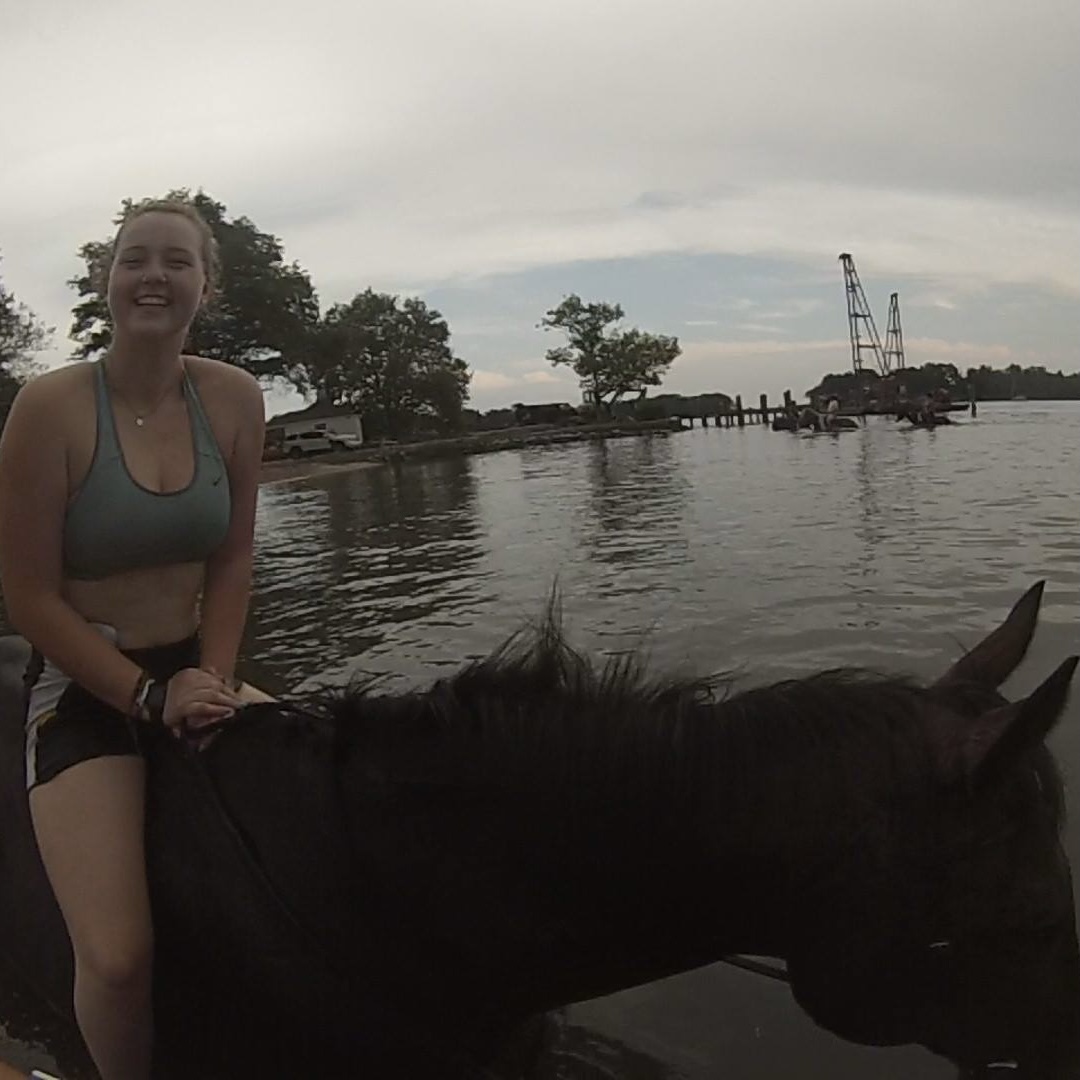 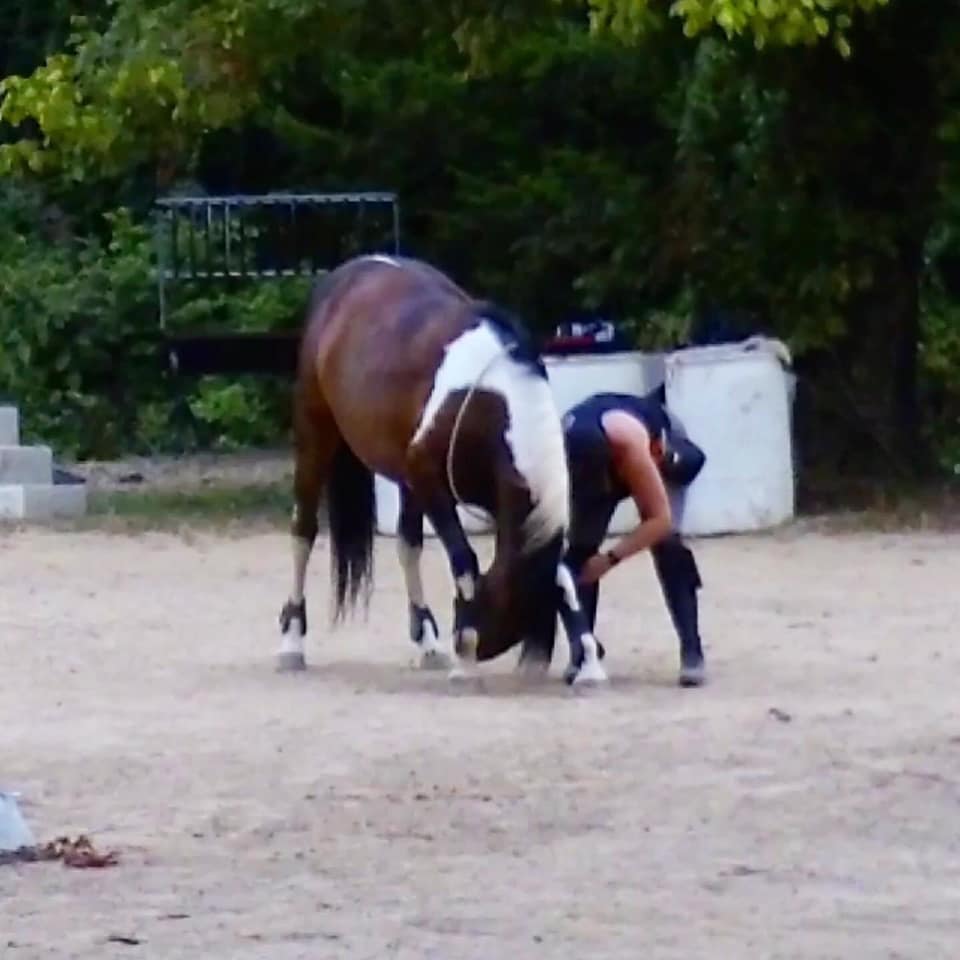 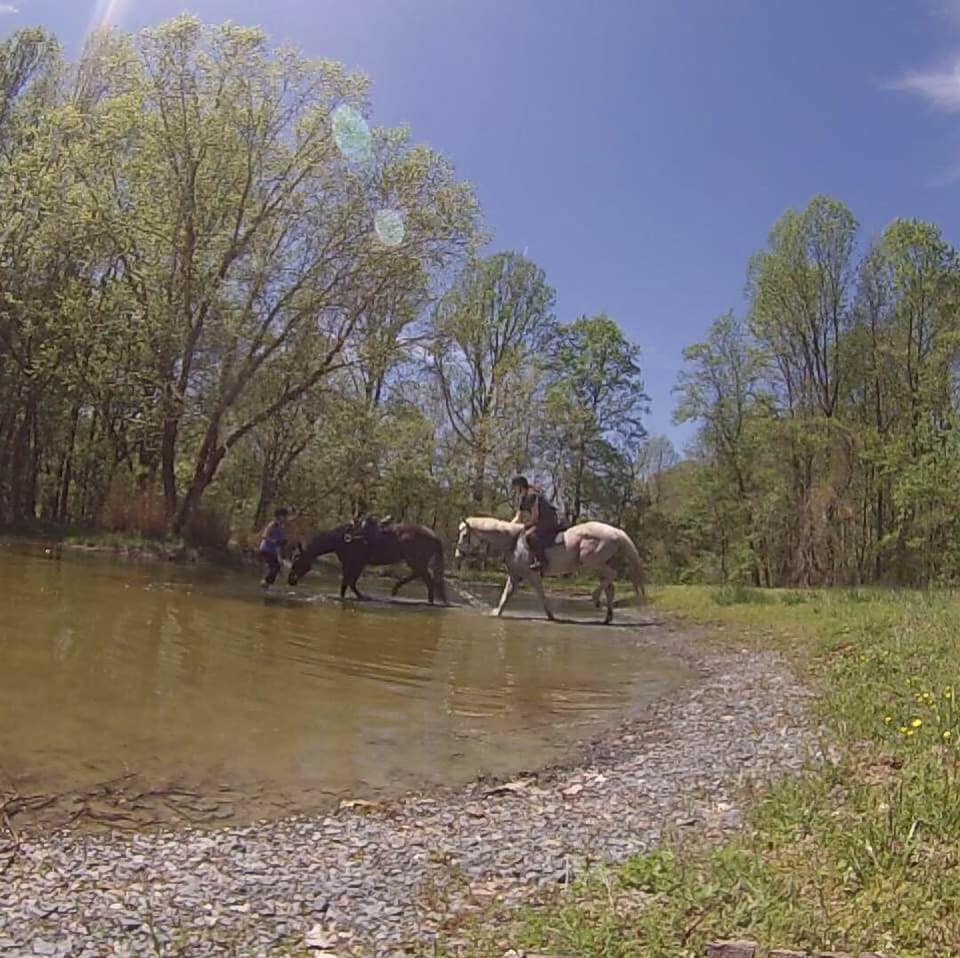 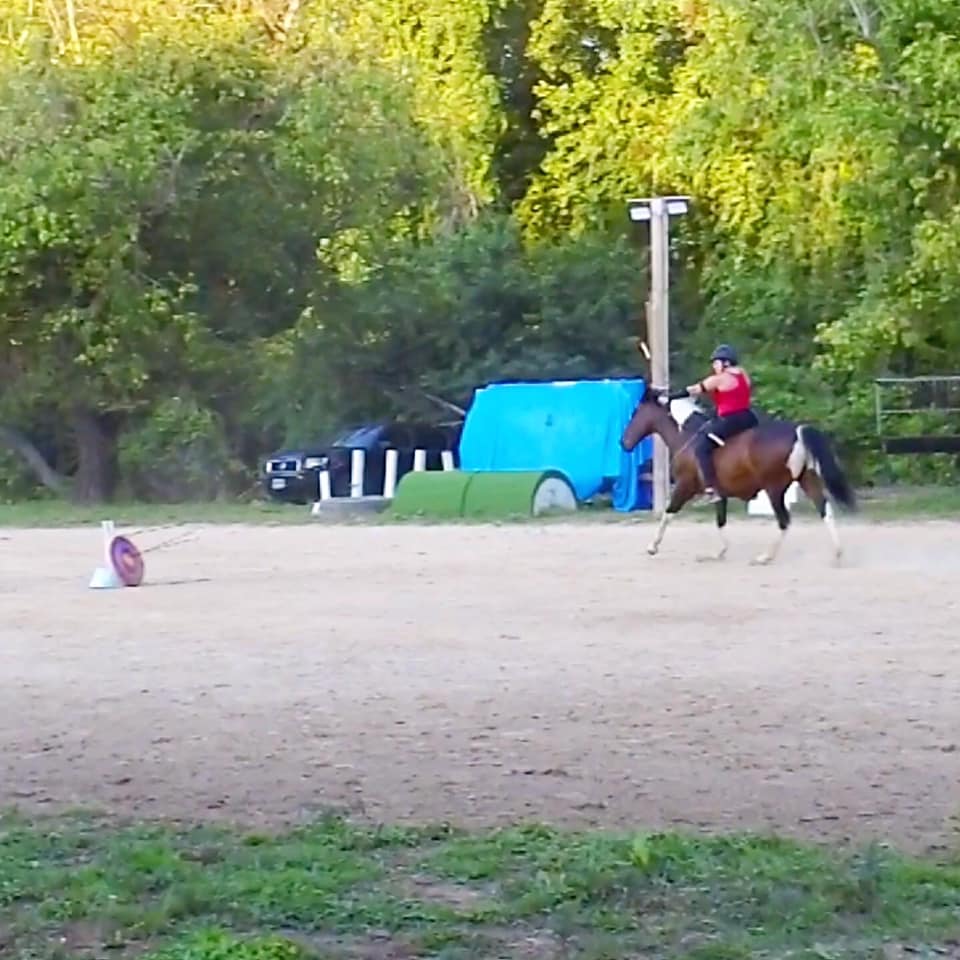 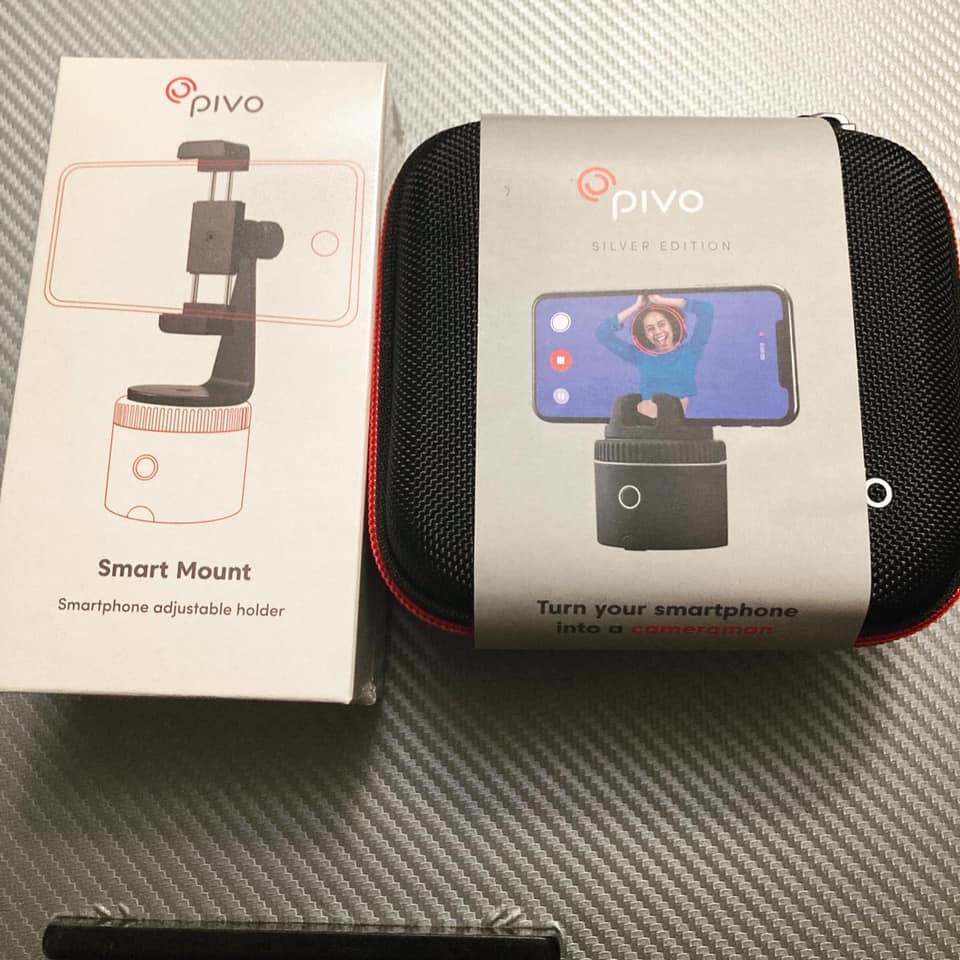 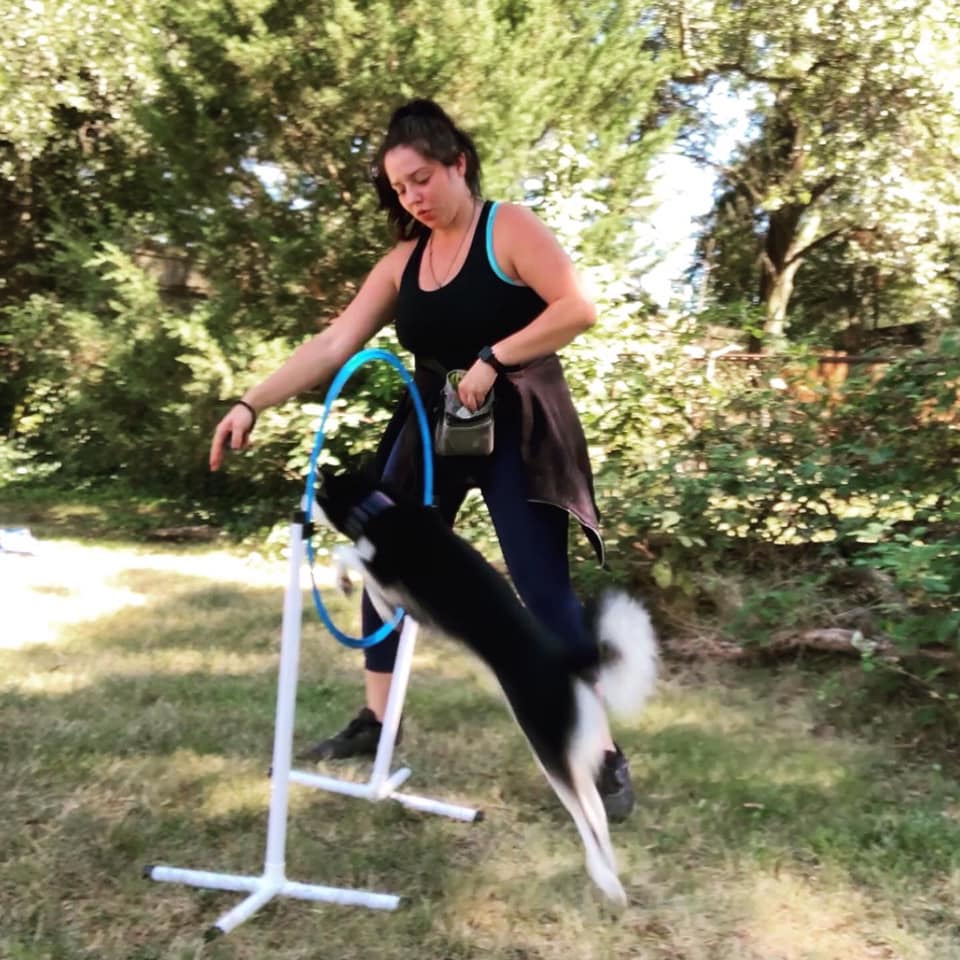 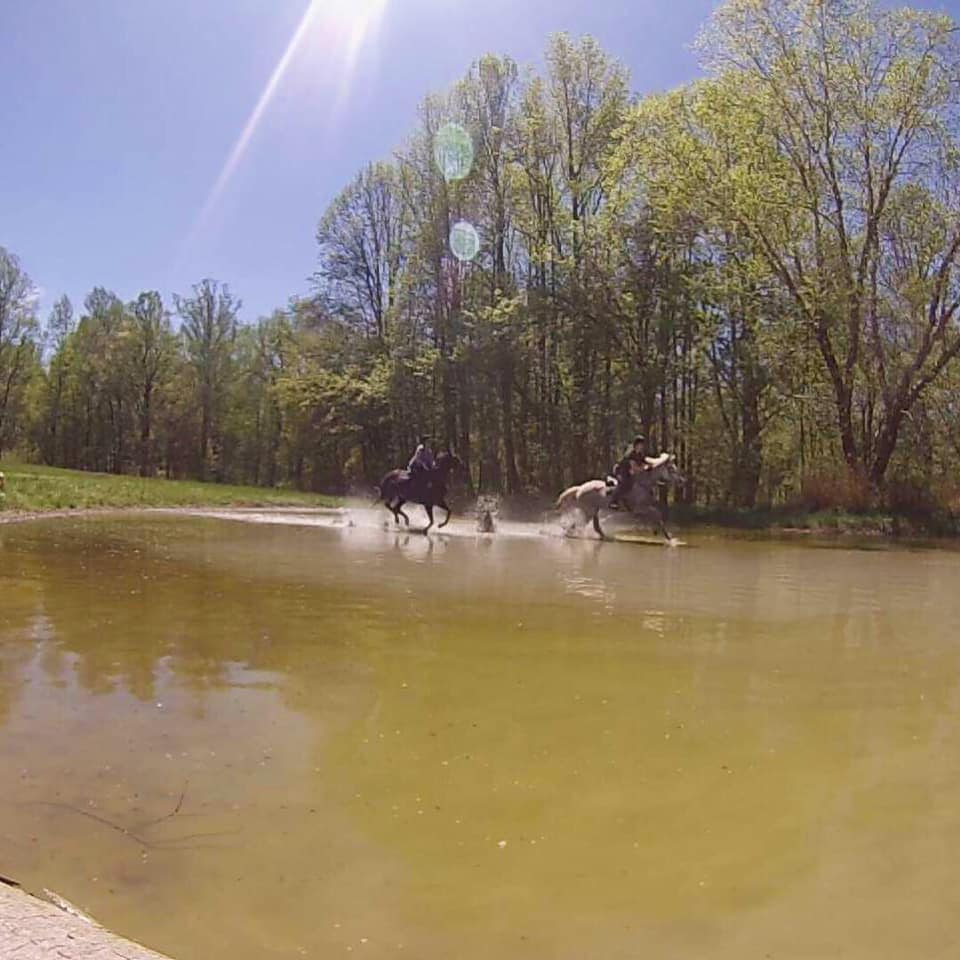 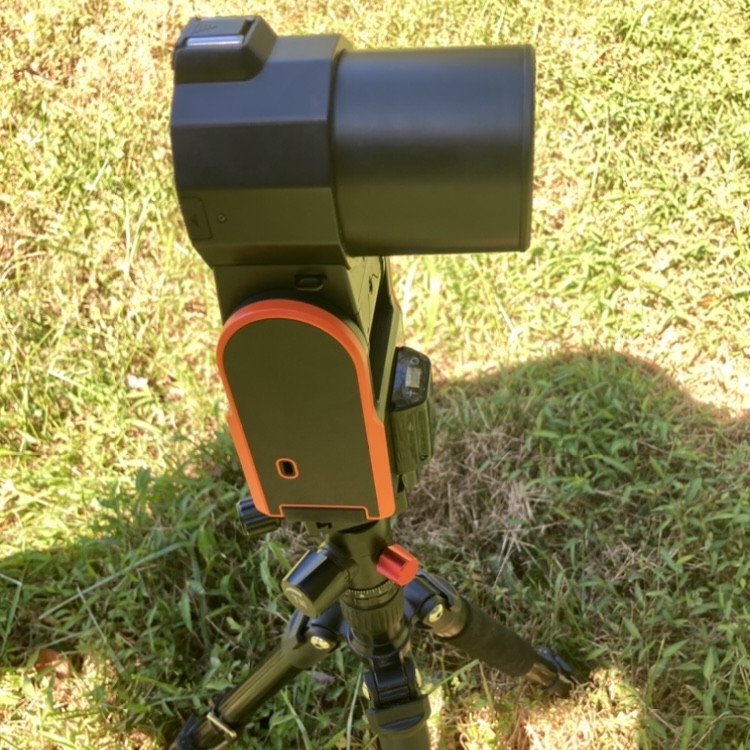 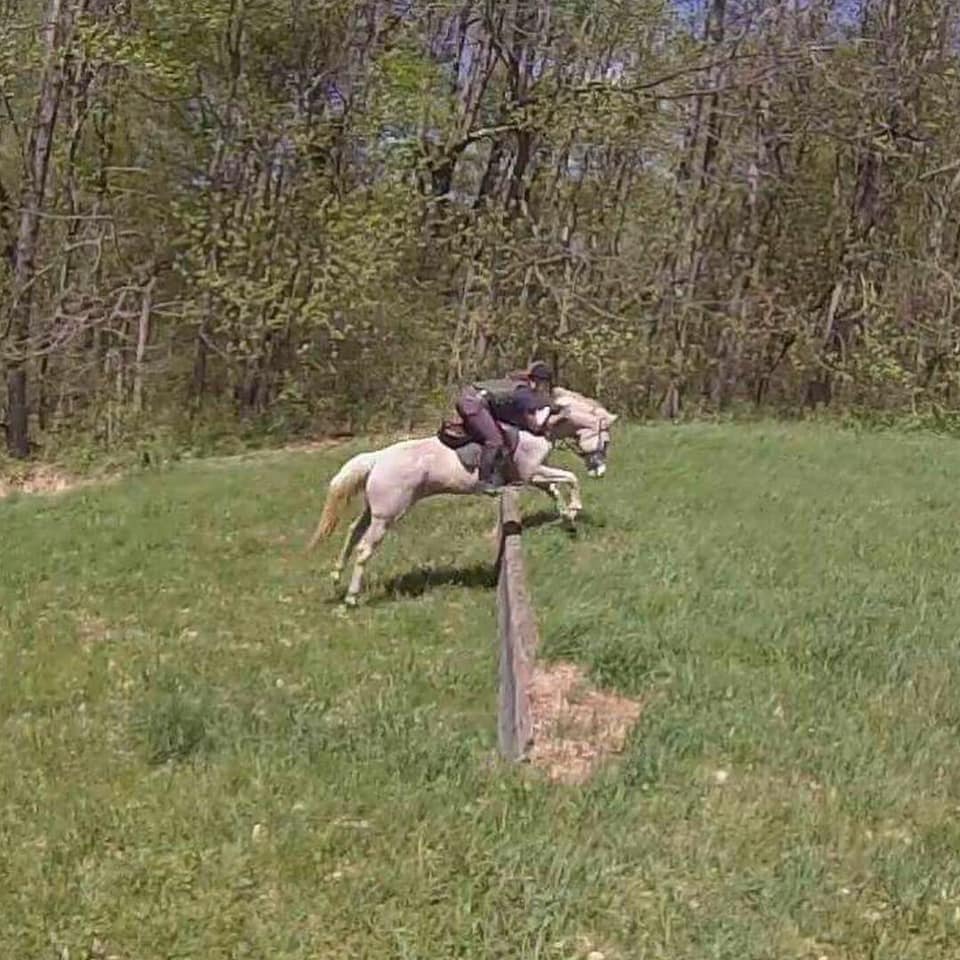 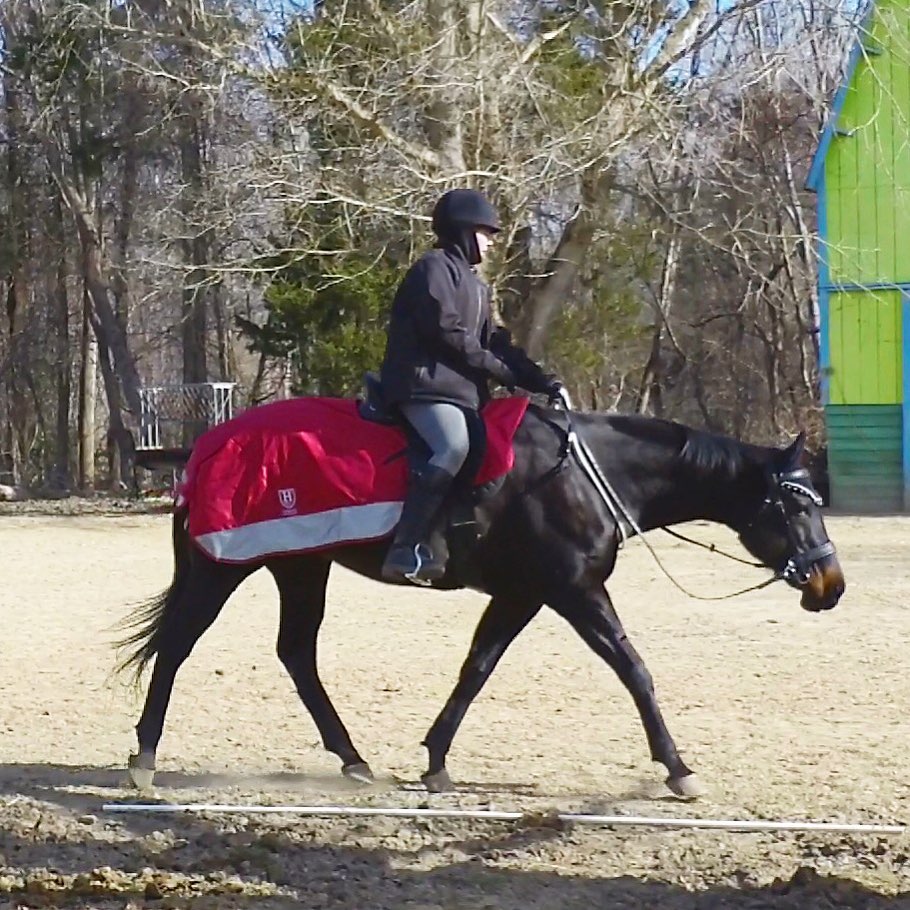